Food pairing can be mental. And mental is always tremendous fun. So every week, we will bring you a new off the wall match to try. This week it’s a Red Ale and Pork Belly. Since ancient times, the pig has been a part of Irish cuisine and culture. The Irish word for pig, muc, actually predates the English one.

Pork belly is a popular pig part, among chefs especially. It’s a fatty boneless cut that comes from the pig’s stomach, as the name suggests. It often gets salted and cured to make rashers (which Irish people invented). It looks like a brick of meat with a thick layer of fat running along the top when kept whole. It’s traditionally used in Asian, Hispanic and Northern European cuisines. It runs the gamete from starlet (like in a pork belly bao) to a salty queer coded side character (like pancetta).

Pork belly has a flamboyantly rich flavour thanks to the fatty cap it wears with all the pride of an Irish farmer. When cured and smoked, it’s packed with the irresistible umami flavour that makes it as tempting as an apple martini in the Garden of Eden. What’s not to love? It’s salty, it’s meaty, and it’s hearty. That thicc as folklore layer of fat on the top means when cooked the pork belly is so packed with flavour it would be overweight for even checked luggage. It develops a caramel sweetness and adds a crunch to the soft melt in your mouth meat when seared. If your mouth isn’t salivating at the thought of it, then you are probably lying. The unsung hero of the contemporary Irish beer scene is the red ale. There are the devout Smithicks drinkers, of course, but we often neglect our redzer favouring the latest sour or dry-hopped Saison because we’re all too alt to function these days.

Red ales are brewed with mild hops, sweet crystal malt, and roasted barley giving them a taste of lightly toasted sweetness with hints of caramel. This juice is maltier and nuttier than its pale ale counterparts. It provides a soft roasted toffee finish that is endlessly moreish.

These flavours are perfect for food pairing. They match flawlessly with nearly every kind of meat, especially Pork Belly. If you’re into the ale but not the flesh, they’re also a fine companion for a pizza and mature cheeses of nutty character like an aged cheddar or Gruyère. When pairing food, you have to think about the tongue. You can call it the palette if you want, but we’re talking about the long, bumpy muscle no matter how elevated our vocabulary. The tongue is the sense you gorge on. This is why any foray into food and beer pairing should pair food flavours with similar beer flavours. Or, in foodie speak: make congruent pairings. In this case, we’re going in on the caramel. Caramelised fat in pork belly will highlight the caramelised notes of the toasted red ale.

On top of that, the crisp taste of the ale will cut through the greasiness of the pork belly and complement its inherent umami flavours without being overwhelming. This will bring out the best in the beer and take the pork to new heights.

This pairing is a harmonious enhancement that hits with a sweet note akin to maple bacon but boozier.

Out: Any FX Buckley Steakhouse will have pork belly as a starter, and they are reliably caramelised. They also have Smithwicks on tap and a rotating selection of international and local beers. This will cost you about €20
Make it at home: Try this pork belly recipe and grab a Wicklow Wolf Red Ale for only €3 wherever you get your beer. 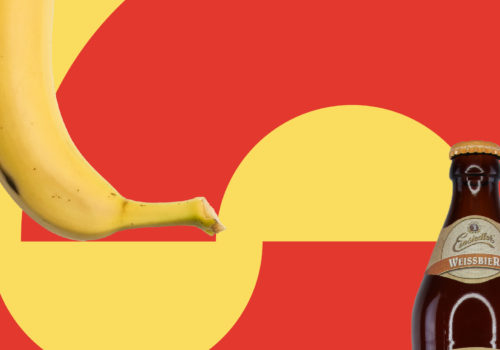