The Rise of Orange Chocolate

It’s almost May, and we’re still seeing orange chocolate everywhere. It has become so prominent that Smarties released chocolate orange mini eggs for Easter. There are even Dunnes Stores’ own brand rice cakes coated in chocolatey orange goodness.

No longer do we have to wait till Christmas for a Terry’s to become affordable enough to buy. In fact, a person can eat nothing but orange chocolate and not run out of options for over a month. But how did we get to the golden era of the chocolate orange?

First things first, Chocolate Orange is a flavour-tastic way to consume your coco. To bite into a chocolate orange is to experience the force of taste at its strongest. Willpower becomes a distant memory, and the lizard brain exalts in ecstasy.

The flavour of a good chocolate orange is somehow reminiscent of the king’s ransom it would have taken to unite the pair a few centuries ago. I may not sail turbid seas or brave tropical doldrums to bring chocolate orange to the world, but I am fan enough to write about it.

Barry Glazier, director of chocolate science at Mars Wrigley, said to Metro.co.uk:, ‘Orange and chocolate is one of those winning combinations that never gets old… it’s clear that this flavour combination has been around for a long time and isn’t going anywhere soon. He’s not wrong; literally, no one is sick of it, and we have more of it than ever.

Though Terry likes to think it was him, the history of orange chocolate goes back much further to ancient China, where people would dip orange segments in chocolate and give them to their lovers. From there, chocolate oranges travelled across established trade routes heading west. By 1400 it found its way to Sicily. From there, it slowly trickled through the dessert world till it hit us in the post World War 1 era.

What came first was the Jaffa Cake. This biscuity shaped cake was the first mainstream combo of Orange and chocolate on the Irish and British snack scene. First introduced by McVities in 1927 and named for the Jaffa Oranges, the jelly-like jam is made from. These rich, smooth chocolatey and tangy orange bickies burst onto the scene, annihilating the competition. Not that there was much beyond Digestives and Cream Custards at the time.

Then in 1932, Terry invented the OG Chocolate Orange and put his name on the map. Shaped like an actual orange, it is a ball of orange-flavoured chocolate divided into twenty segments and wrapped in orange-skin patterned foil. Terry’s Chocolate Orange has become a cult favourite since. Carambar, the company that makes Terry’s, says it sells 44 million oranges every year. Now, almost ninety years later, he actually has some competition.

Terry’s kicked off the resurgence in many ways. First, making their famous orange bar-shaped in the nineties. Then, making a Christmas box called Segsationss that had Exploding Candy, Milk Chocolate, Toffee Crunch, Dark Chocolate, White Chocolate, and Crispy Chocolate was basically a proof of concept for everything that came next. They went a step too far with their chocolate orange mayonnaise in December, but it certainly turned heads.

In 2020 alone, over thirty new products were launched, all with Orange as the dominant flavour. The most notable was Cadbury’s Orange Twirls, back by popular demand after a limited edition release in September 2019. Cadbury’s even held a pre-sale event for the Orange Twirl when they returned to the shops again in August 2020. As a result, 187k people joined Twitter for a chance to buy one of 10,000 bars over two pre-sales. The bars were sold out in minutes.

When Will it End?

Maybe never. But as the market saturates surely only the best most scintillating variations will survive. With Terry’s again reducing the size and weight of their product there is all to play for. I for one look forward to the trails. May the odds be every in Chocolate Orange’s favour. 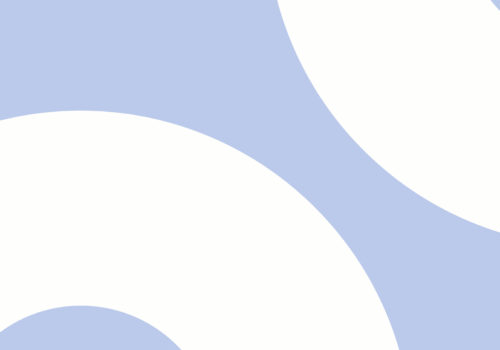