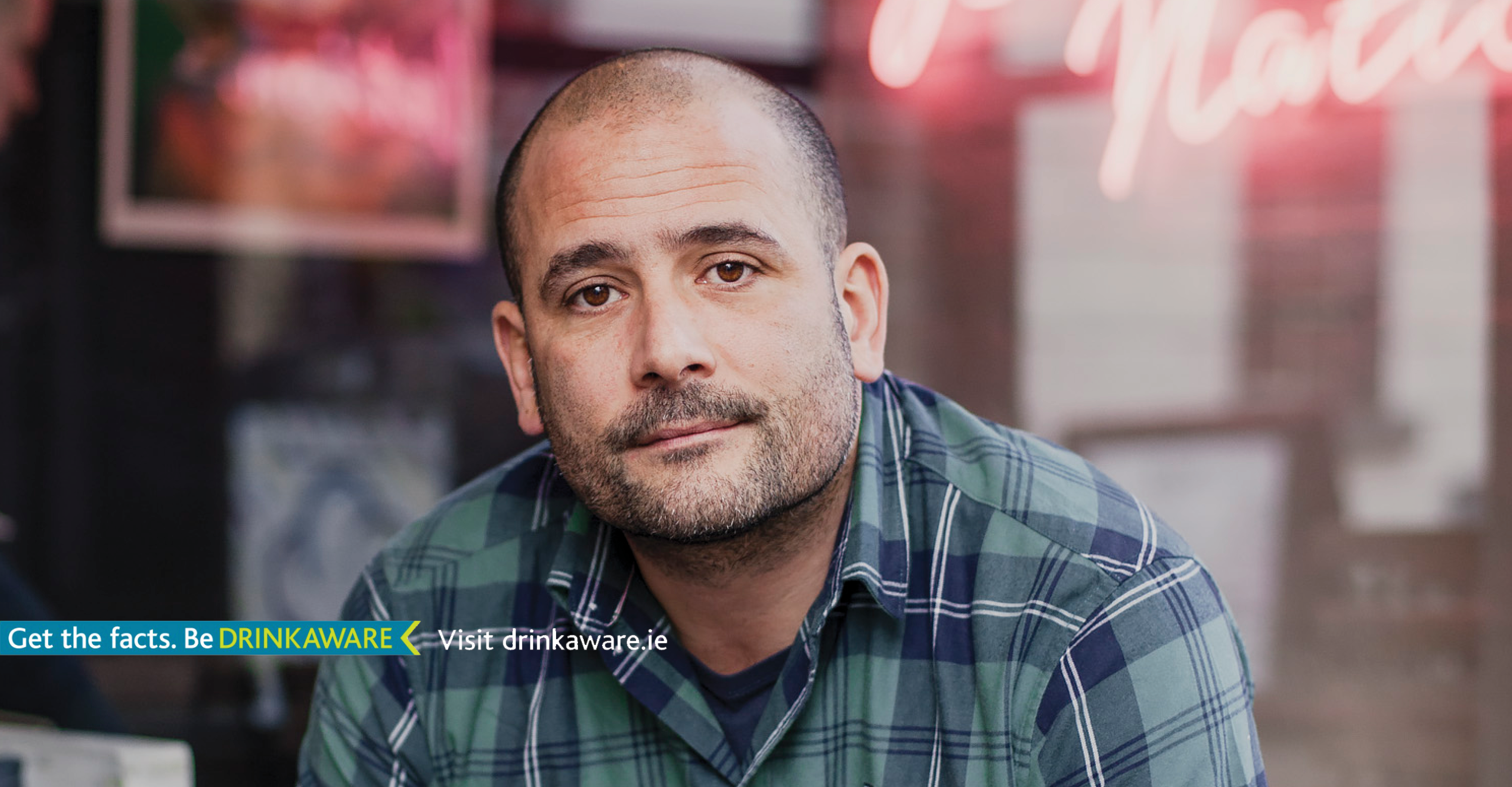 These well-known mentors and their apprentices highlight the ethos and creativity of METHOD AND MADNESS; where master distiller Brian Nation works closely with his apprentice Henry Donnelly. In working together, they are “able to combine the knowledge and tools of the past with the skills of the present to create spirits for the future” at their Midleton distillery. In this edition, chef and restauranteur Niall Sabongi talks about gut instincts in recruitment and the trust he’s shown in rising chef Adam Carroll.

Niall Sabongi is a chef. He runs Klaw, a simple seafood restaurant known for its fresh produce and relaxed atmosphere. He’s also the man behind Temple Bar’s The Seafood Café, a bustling all-day eatery serving up world class Irish fish at affordable prices. And that fish is supplied by Sabongi too. His company Sustainable Seafood Ireland work to provide fish to restaurants in an ethical manner.

They say it takes 10,000 hours to become a master of something, with a chef working on average 60 hours a week, and Sabongi having packed three successful restaurants (we’re counting the recently closed Poké) and a wholesale business into his time in the industry, it’s safe to say he’s earned his master status.
While Sabongi has headed kitchens and worked in Michelin star restaurants, every master chef must start somewhere, and Adam Carroll is right at the beginning of his culinary journey. Fresh out of Cooks Academy, his talent was noticed by fellow chef, Kev O’Donnell, who suggested Carroll contact Sabongi for a job at his then new venture The Seafood Café.

“We had a chat and he said he’d have me in for a trial,” Carroll recalled of their first meeting.

“Before I’d even gotten back to the car he rang me again and said, ‘Come in, we like you!’”

Carroll currently cooks at Dublin 8 bistro Bastible but will soon return to work under Sabongi at Sustainable Seafood Ireland. It’s in the shop where the pair sit for our interview, both men warm and personable and appearing to have a deep understanding for and appreciation of each other. Sabongi said of that first meeting that Carroll struck him as a good person.

“99 per cent of the people we’ll hire will be based on personality and the drive they have behind them to do what they want to achieve. With some people that comes across really quickly and it makes it easier.”

Hiring chefs with little experience could be considered a risk. Sure, you could find the next Jp McMahon, but regardless of how talented an apprentice is, they will have to begin as just that, an apprentice. They will need mentoring and guidance, but this is not something that phases Sabongi, teaching comes naturally to him. He worked with his father from a very young age and was guided through the industry by his knowledge. Now is his time to pass it down.

With that path came certain responsibilities. While he wouldn’t necessarily refer to himself as a mentor, Sabongi acknowledges his role as, “someone’s first authority figure outside the home or school,” and he’s mindful of what that position entails. Carroll explains that his relationship with Sabongi works so well because the pair share the same passion for food. Their values align; they both opt to keep it simple.

“We get really good produce in and we don’t need to do an awful lot to enhance it.”

Sabongi interjects, “It takes time to build up the confidence to leave things off the plate.

“When you come out of college it’s often overly complicated and you’re trying to put as many techniques into it. Only with time do you become a confident cook where you can do nothing to something and be happy with it going out.”

“It’s not a case of trying to teach but rather remind people that we are an island and we’re very proud of the bounty we have around it.”

Sabongi’s restaurants are prized for their simplicity. He’s spoken previously about a desire to take the fuss out of Irish seafood, about his love for grabbing a few oysters with a beer. He wants to move away from the, “white tablecloths and the brown bread and butter and the waiter with the wine list,” and make seafood more appealing to ordinary Dubliners in an affordable, no-frills manner. While back-to-basics cooking and plating is integral to what Sabongi does, he’s aware that the less is more approach can’t always be taught.

“That comes with time. You learn to leave things alone. It’s not a case of trying to teach but rather remind people that we are an island and we’re very proud of the bounty we have around it. We’re proud of our growers, our fishermen and our suppliers and that’s something I’m very passionate about.”

Sustainable Seafood Ireland is the result of that passion. The wholesale business where Carroll will once again work under Sabongi’s watchful eye. It’s a change from cheffing, but Sabongi knows Carroll well.

“Adam’s taking a sidestep from the kitchen to the wholesale business so he’s going to learn an entire new industry, he’s very intelligent believe it or not,” Sabongi laughs and Carroll joins in.

“Learning a whole new skillset, learning how to become a fishmonger, learning the ins and outs to the wholesale business and being able to apply his personality and his education, it’s a clear growth path for him and when he comes from wholesale back into the kitchen, he’s going to be so well equipped.”

It’s a pleasant thing to witness, a successful chef so passionately looking out for a lesser-experienced colleague, but Sabongi saw qualities in Carroll he liked from the start: “intelligence, drive, dependency.” He’s invested in his future.

“Once you’re in the industry there’s certain people you’d love to work under,” says Carroll.

“I don’t think anybody explicitly looks for a mentor, you gravitate towards certain people. It’s that old adage that you don’t look for power, but power is thrust upon you and it wasn’t a case of me hanging on Niall’s coattails, it was very natural!”

Adam Carroll dreams of having his “own little Adam” one day, and he will. The mentor will become the mentee, and the culinary world will continue to turn. It’s a natural progression says Sabongi.

“I think it’s part of the industry and the industry has changed so much over the years, it isn’t the aggressive, chauvinistic industry that it once was so many years ago. You naturally end up mentoring people and taking people under your wing no matter what skill-based industry you’re in, it’s a natural part of it all.”