Brunch Has Always Been Queer

Beyond whose French toast was manifique, one thing is undeniably clear: Brunch is the gayest meal of the week. Straight aficionados would be forgiven for thinking Brunch is a ritual so sacred to queer communities that we might as well have marched for the right to Brunch. Brunch is so gay we even have merch telling you it is.

There’s no such thing as a queer meal — but once you start looking, they’re everywhere.

Queerness has become a practical blanket term for anyone on the LGBTQ spectrum, but it has radical roots in subversion and redefinition of society — including restaurant dining. There’s nothing explicitly queer about Brunch – except that it’s an undeniably queer space, even if, like iced coffee, I can’t offer the exact reason. But here’s my best go at it.

Long before avocado on toast changed the brunch game, the meal existed. The concept of Brunch can, in part, be traced back to the upper-class British tradition of hunting luncheons. Between rousting the foxes, men and women gathered for decadent early lunches with plenty of adult beverages.

Many countries around the world celebrate Brunch in their unique cultural style. China serves dim sum brunch, consisting of freshly prepared small sweet and savoury dishes. In Canada, Brunch can last for several hours. In Ireland, Brunch has been made popular by the gays before being adopted by late-rising millennials.

The word “brunch” first appeared in an 1895 article by author Guy Beringer. And while chicken galantines and port are a far cry from the Huevos Rancheros and mimosas we enjoy today; this meal was the first time breakfast, and lunch foods were combined into one mega-meal.

Brunch could be described as a queer ritual, and in some ways, it has usurped the spot Catholicism held over Irish Sunday afternoons for years. Church attendance in Ireland has dropped significantly in the post-Magdalene laundry Christian brothers years, and the people have found something better to do with their twelve o’clock Sunday slot: BRUNCH. But the self-respecting gays had mostly given up on mass before that, so it’s no wonder they adopted it faster than the straights.

Brunch has been dominated by the queer community for so long that it is almost unilaterally shown as gay in pop culture. In the 90s, Shows like Sex and the City depicted brunches as rituals of urban sophistication, decked out with their token gay men and supported by others portrayed more like fashion accessories than humans.

Since then, the representation of queer people has improved in film and TV. One thing has remained constant Brunch has been associated with queers. It crops up in Will & Grace, and is referred to with disdain in Girls, but all the queer characters make an appearance at it. More recently Schitt’s Creek actor and queer icon Dan Levy, now hosting a TV show all about Brunch; The Big Brunch for HBO Max.

Brunch has been culturally queer for so long that there have been Twitter spats among the homophobes asserting that all men who brunch together must be gay. These days there are even comic videos about brunch being gay.

Pop culture has made Brunch synonymous with the contemporary queer experience. Or we queers just brunched so hard they couldn’t erase us from it.

Brunch was invariably popularised by queer people because, for a time, it existed outside of acceptable norms much like the queer lifestyle itself. It’s controversial and has been since it was first cited in Hunter’s Weekly. They describe it as a meal for journalists and Saturday-night carousers, too rakish, apparently, to stick to ‘respectable‘ mealtimes. This bucking convention is a hallmark of queerness. It challenged heterosexual expectations, however, minimally and gave the breakfast-lunch-and-dinner crew the pearl-clutching finger.

In that way, it started as a party and a protest. But then, this bucking conventional ‘meal times’ became a symbol of queerness and joy and a way to commune with the community.

Brunch also offers something radical to queer eaters: a community in the cold light of day. For a long time, queerness was stuck in the dark even if you were out of the closet. Gay spaces mainly were pubs and clubs that, while providing essential community space, were also relegated to the after sunset of life. At Brunch, gays can gather and be themselves together in the sunshine. That was a bold and rebellious move to a society that would barely tolerate them in the dark.

Crucially Brunch is affordable. Dinner has been a traditionally expensive way to socialise. It’s no different today. It’s hard to go to dinner and not spend a hundred quid, no matter where you go.

Historically queer people found it hard to secure gainful employment, especially if they were out. Many worked nights or in sex work, meaning not only were conventional meals not timed well for their life they were financially unattainable.

Brunch is typically half the price of dinner and comes with more craic. So it makes perfect sense that the queer community would have popularised a meal that was more affordably and still effortlessly stylish. Though it seems to be getting a lot more expensive recently.

Brunch is a social meal

You tend to Brunch when you’re hungover with the same people you soiree the night away with. The food writer Jeff Gordinier called it, “the gastronomic version of the walk of shame.”

Bottomless mimosa brunch is a time-honoured queer tradition. You pull yourself out of bed, slap on oversized sunglasses, and sashay to you local brunch-erie for day drinking. Every decadent plate is served with a pinch of backstory or a dirty little joke. No one who wasn’t queer could have named unlimited mimosas bottomless. I will die on this hill.

Maybe the festivity of a weekend-only meal makes it so appealing to queer people. You can’t brunch Monday to Friday because bills need to be paid. Meals don’t need to be the same on the weekend. They can be spiced. Peppered with booze and flombayed with style. Brunch does this in a way eating out at a Michelin-starred restaurant can’t: casually.

Mimosas are the official drink of Brunch. Honourable mention to Bloody Mary, but she’s not as well received. Yes, mimosas bring all the gays to Brunch and a Bloody Mary or two. Mimosas are a heavenly mix of champagne and orange juice, best served bottomless a la brunch style. The history of the bloody mary, though murky, has been well covered.

The mimosa is a different and much too long story. But basically, wealthy Europeans made the orange fizzy drink popular in America by being all chic, slowly replacing the screwdriver as the most popular drink at Brunch. First there and slowly creeping around the globe, likely via social media as much as word of mouth.

Mimosas have become so synonymous with queer culture because they’re great that the homophobic straights even tried to make the ‘manmosa’ happen so they could get on board with Brunch without threatening their fragile masculinity.

It is made to be boozy, and because of that, there are no kids. Brunch is simply not for children. Historically the straights wanted to keep their kids away from the queers for fear that exposure to them would turn them gay. Thinking that still presents today but luckily only among a minority

Just as the gay bars are only the tip of the queer-nightlife iceberg, the overtly queer Brunch is only the most visible aspect of a much larger, often unseen universe of queer food. A universe that’s been unfurling in and shaping Irish culinary culture quietly.

Drag brunch began in the US, though when is the subject of debate. In this Guardian piece Joe E Jeffreys, a drag historian at NYU and the New School, cites the 1950s as being the birth of the drag-and-dine experience; when cosmopolitan restaurants began competing for a booming left-leaning middle-class customer, with spectacle and theatre to supplement the menu.

In Ireland only five years ago, drag brunch was nigh unheard of outside of gay venues. Now, it is a weekend ritual. Drag brunch has undoubtedly become a big business. It commands a price point of up to fifty quid a head; while drawing in punters of all genders and sexual orientations.

The rise of drag brunch is a testament to how gay Brunch was even before drag was normalised via Ru Paul’s global reality TV success.

A good brunch menu will offer a selection of light snacks and more hearty dishes. At the same table, a weight-watcher can have a bowl of fresh fruit and Greek yoghurt, while a ravenous friend can have a full fry, and the gourmet mate can have a fresh fillet of brill, or eggs Florentine. Everyone will find something for themselves without having to conform to one type of meal. Could anything be queerer than that radical variety and acceptance?

The appeal of Brunch isn’t just the lure of bottomless mimosas, the challenge of a tough reservation, or even a creative menu. Instead, it’s engaging with the queer clichés almost reassuringly. We like eggs and coffee, we love a pastry, and we enjoy sitting together, nattering for hours and not being disturbed.

It’s not any one of these things, but it is all of them, a merging of ambition, sensuality, and social enchantment which is undeniably, ineffably queer. Brunch isn’t a meal. It’s a queer way of life. 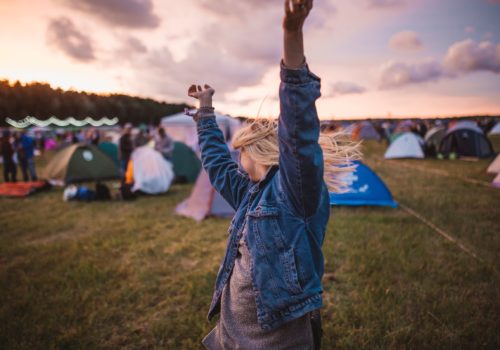