9 ways to actually have a decent Paddy’s Day:

Let’s face it, there are more ways to have a shit Paddy’s Day than a good one. Between huge crowds, unpredictable weather, an excessive amount of tourists who lack even basic knowledge of what is being celebrated and the inevitable messy drunks Paddy’s day is second, only to New Year’s Eve, in its maddening needless stress. Because of this most people avoid thinking about it till the absolute last minute. Then the day itself comes along as if from nowhere, even though you’ve been seeing green hats in the shops for weeks.

So here are nine ways (in no particular order) to avoid the Leprechaun hats and vomit-laden streets of Temple Bar. So you can actually enjoy the day, top of the mornin’ to everyone!

Book a bottomless brunch for a table outside. Dress warm because it’s March (even though we’ve been promised a scorching 13 Degrees Celsius “mini heatwave”), but you’ll get to soak up the atmosphere while having a seat and booze. Book their last sitting, and you’ll get to chill for longer as they sweep up around you. Remember though. You’ll have to leave before dinner kicks off. Try Platform 61 on South William Street, not as well known but with a rake of outdoor seats.

Perfect for: If you want to get day drunk but head home while public transport is still running

Go to the Phoenix Park It’s green as fuck. Bring your mates or bring some cans. Park up between the Hole in the Wall and Ashtown Castle (locally known as the triangle). There you’ll have access to bathrooms, food and pints without being shoulder to shoulder with every Georgia Tech-hoody wearing American tourist in town.

Perfect for: If you don’t want to put yourself in the Rona risk column but still want to do something.

Go to the Mary Wallopers During lockdown, the Mary Wallopers built an entire bar in their gaff. Then, they preempted the new normal by live-streaming a St Patrick’s Day performance in 2020. The gig became the stuff of legend. As impressive as they were, nothing will ever replace in-person gigs, so grab one of the last few tickets left for our gig of the week and get merrily walloped.

Perfect for: If you want to do something so Irish, the yanks have never even heard of it

Book tickets for an actual event There is nowhere worth going that will be free in on a night like Paddy’s. The only way to weed out the feaux-sers is to charge. People who aren’t genuinely into it won’t pay. We all know Paddy’s is a weekend of abject excess, so who better to spend it with than the gays. They throw a soiree like you wouldn’t believe. Mother at Lost Lane is more than likely the hot ticket of the night. At the time of writing, there are tickets left on Eventbrite, but who knows for how long. Other events that sound slap worthy include WigWam, Ye After Party, and Bodytonic X Slither Present Paddys Day.

Perfect for: If you want to stay out all night but avoid the “where will we go now” circle of doom when you’re tipsy

Book a restaurant that has a bar. If you book a table at a restaurant with a bar, then the likelihood of you getting a table at the bar after you’ve eaten doubles. If they know they’re getting your wings and burger money, then they’ll happily keep you watered after. It’s just good sense. So get out of the open table filter area and find the most affordable one left. If you’re going in a group of more than six, which you likely are, then after making your booking call the reservations agent and ask for a group menu deal. They’ll likely be down for it as it makes prep easier on the kitchen. And the staff during what’s bound to be a busy service. It usually works out cheaper for you and all your mates too. Try Bartley’s Bar & Lounge

Perfect for: if you just want to be in one place for an ungodly amount of hours and if your friends are a nightmare to move.

Go to the home of the Black Stuff 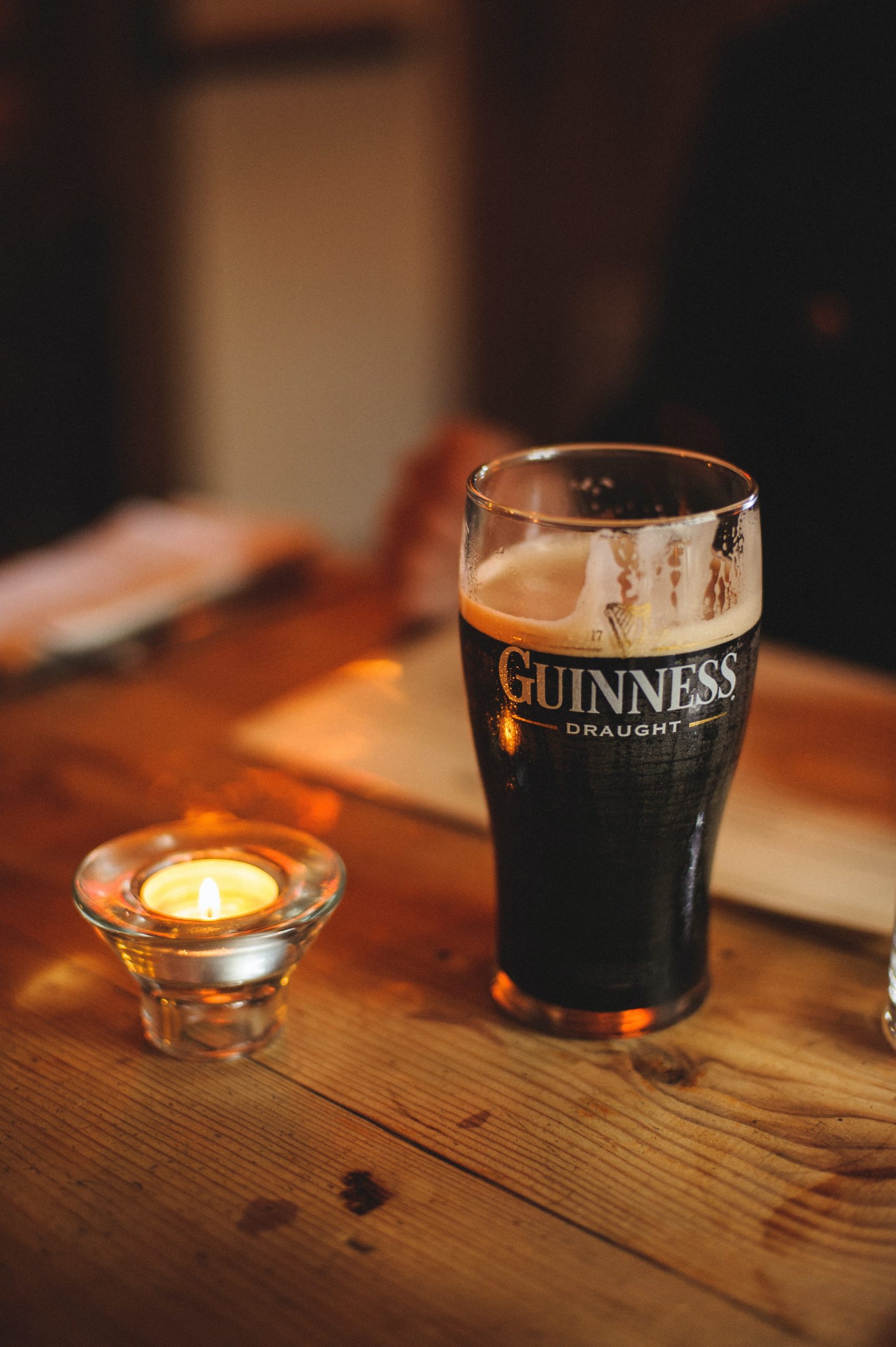 Guinness Storehouse is hosting two festivals this extra-long bank holiday weekend. The Brewers Festival where you can taste some new ventures and the mainstay herself, the pint of plain. Open The Gate music festival features DJ Selky, Tiny Choons, Soul Jam, We 3 Kings, and Colin Devine. The festival will also include performances by the Irish dance troupes, Prodijig, STOUTies and Irish folk group, The Dublin Rovers. It’s an event so Irish it hurts but too Irish for the flocking masses to sniff out.

Perfect for: the musically inclined pint men and women of Dublin We’re great craic. District is taking over Workman’s Cellar for our first Paddy’s Day Gig in over two years. Alt-drill duo and headliners Elzzz & TraviS are cooked and ready to snake their way on stage. At the same time, Belfast’s EMBY’s is taking no prisoners with his holy trinity no-holds-barred mash-up of grime, hip hop, and anything else that takes his fancy. Newcomer Sweetlemondae, 4x in stereo & Alice are down to warm you up like you’re in a Jane Fonda workout video. They’ll carry us through to the early hours to make up for the two years we missed. Accidentally ending up throwing a gaff is a stressful nightmare, and it is ALWAYS what happens after you can’t get in anywhere on the greenest day of the year. It will be much more enjoyable if you actually invite people over and they have enough booze and party favours on them to soirée the night away than it will be to trip and stumble in after a few pints with nothing on hand while the only sober person tries to do a drink run.

Perfect For: the indecisive crew who can’t group chat to save their lives Ireland is famous for all its’ writers, myths and stories. And let’s face it, we all still chat shit in the pub and die by the never let the truth get in the way of a good story proving that this oral tradition is alive and well. So lean into that side of Irish culture by hitting up the team that seems to be almost single-handedly keeping the Táin alive. This traveling troupe of Irish storytellers will be telling “The Pagans react to some chap telling them the Shamrock is God” story in MVP tomorrow and is a nice cultural way to imbibe on Paddy’s special day.

Perfect For: the culture vulture hipster pagan who loves a rebel song or two Features / January 24, 2022 The Secret to the Perfect Irish Coffee