Ranked: The 25 best Neptunes beats of all time

If you listened to the radio during the 2000s, the work of Chad Hugo and Pharrell AKA The Neptunes was unavoidable. It’s difficult to understate the influence of their work on modern music and with a vast catalogue that’s equally intimidating, we’ve narrowed down 25 of the pair’s greatest work.

A chance encounter at a high school talent show with Ted Riley was the beginning of a revolutionary voyage for Virginia pair Chad Hugo and Pharrell Williams. After joining forces as The Neptunes to work on production, they were ushered into the industry by the RnB legend and subsequently crafted some of the most enduring production of the 2000s. Their brand of stripped back and hypnotic production propelled artists like Snoop Dogg and Nelly to their first number ones, was enlisted by artists as varied as Justin Timberlake, Earl Sweatshirt and Madonna and inspired future icons like Tyler, The Creator. Most importantly, it undisputedly changed the course of popular music.

With a gargantuan discography that reoriented RnB and Hip Hop’s centre of gravity and pulled it into their orbit, it’s no coincidence that hip hop became the world’s dominant cultural force during their peak. While selecting only 25 songs feels like a betrayal of their work, we’ve done our best to file their work down to the classics. Accordions have been used pretty sparingly in hip hop. It’s easy to see how they can muddy the flow of a genre built on rhythm, but when a sample is executed right, it really hits. Predictably, MF DOOM’s ‘Accordion‘ is the first cut that comes to mind when thinking of the instrument with Lupe Fiasco’s ‘I Gotcha’ a close second. Landing as part of his debut Food & Liquor it’s a cut you can’t help but nod your head to. ‘Wasting Time’ is champagne music. Its polished production and lightly toxic bars has it feeling like ‘Excuse Me Miss’ 2.0 and I’ll be the one to say it – it’s better than its predecessor. ‘On & On’ sounds like slipping on a banana peel on a spacecraft. Before you say it, yes, I know there’s less gravity in space and this isn’t possible, but a combination like The Neptunes and Missy Elliott predictably defies the laws of physics. One of the most overlooked pieces of production from The Neptunes catalogue that proved a perfect marriage with Missy Elliott’s afro-futurist take on rap. Signed to The Neptunes’ record label Star Trak, Slim Thug’s ‘Like A Boss’ was the first single from his album Already Platinum. As testament to its long-lasting appeal, Tyler, The Creator went over the beat in ‘Lost and Found Freestyle 2019′ which landed as part of Nigo’s 2022 compilation album I Know NIGO. Further evidence of their wide-ranging influence, the jungle-indebted ‘Spaz’ is a three and a half minute chokehold of rampaging energy thats details become more impressive with every listen.

It’s hard to overstate the cultural influence of The Neptunes. Not only did they assist a slew of artists like Snoop and, in this case, Nelly to get their first number one singles, but they reoriented RnB and Hip Hop’s centre of gravity and pulled it into their orbit. ‘Hot In Herre’ is a prime example of their enduring production. It’d be a fair assessment to say that The Neptunes’ most popular beats aren’t known for possessing a cinematic quality. It’s all about hypnotic synths and showing they can make something more magnetic with a couple of sounds than you could with a full orchestra. However, ‘Beautiful’ bucks that trend without compromising their trademark style. Sure, it’s not filled with expansive sounds and dramatic arrangement, but what it does have, is the ability to transport you to a movie set on Copacabana beach that doesn’t even exist. What’s more is, it strikes the right balance of finesse and simplicity and marked the start of a new era for Snoop Dogg. Have a conversation about The Neptunes and it’ll likely meander into chat about spacey sounds and Star Trak. While ‘Hypnotize U’ certainly has that spacey quality, Chad and P made a point of humanising its synths. Pulsing like a beating heart, the gentle production feels like making contact with extraterrestrials and welcoming them with a warm embrace. Hearing the sound pan to the left of my headphones the first time I heard P say “to the left” in ‘Hypnotize U’ was an unforgettable moment. Introducing yourself to a stranger in falsetto is bold. The instrumental for ‘Frontin’ keeps that same energy. It’s simple, hypnotic and I’m convinced that Pharrell’s panting between shakers was the essential ingredient that tied it all together. And the bridge? Oh my god, the bridge. It’s a twinkling teleportation device that sounds like moving a fomo-inducing party to space. 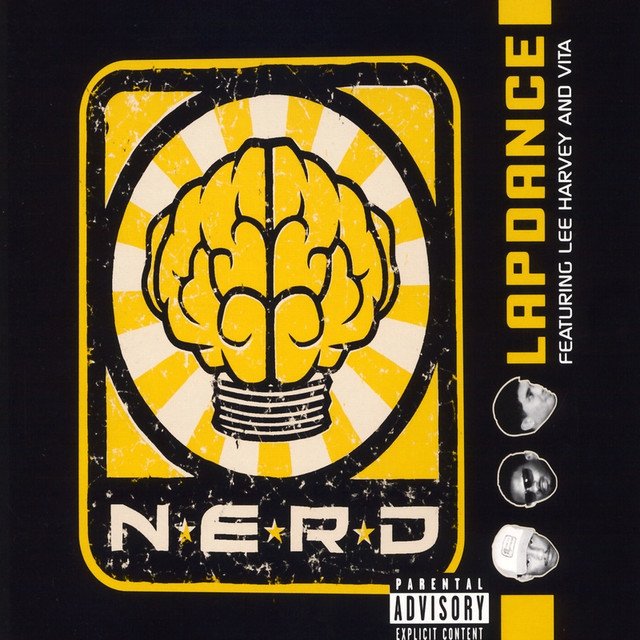 Hip hop has a pretty hit and miss relationship with rock. For every genre shattering face melter like Denzel Curry’s cover of ‘Bull On A Parade’ there’s an offensively inoffensive Kelvin Rudolph and Lil Wayne collaboration waiting around the corner. It’s a contentious take, but N.E.R.D.’s rerecorded version of ‘Lapdance’ is better than the original. For the unfamiliar, their debut album was originally released in 2001 with what called be referred to as more ‘Neptunes-esque’ production, but following its completion they turned to Spymob, a live band, to rerecord the record with an extra kick. And boy, does it kick. This is the stuff that was inciting mosh pits in rap when your favourite Soundcloud rapper was just a baby. An essential part of his breakout year, ‘Southern Hospitality’ is Luda in the ring with the beat, dipping, dodging and finding pockets to land his killer lines. Yet, still, it’s all about those kicks. There’s so much that goes into the creation of a song that it often feels ill-considered to simply label it a ‘vibe’. However, ‘Girls Dem Sugar‘ is a song that’s not there to be thought about too intensely. Its synths and scratches are designed to put your mind on out of office mode and sugary sweet hook is the cherry on top of your invitation into the weekend. Three minutes and 24 seconds is all it took for Britney Spears to shatter the pop-princess image and usher in a new era of sweat-drenched, RnB-inspired magic. ‘I’m a Slave 4 U‘ swaps ballads for whispers and inoffensive hits for unapologetically sexy club cuts. Though Chad and Pharrell produced ‘Boys’ and ‘Why Should I Be Sad’, it’s ‘I’m a Slave 4 U’ that remains their most innovative creation with Spears. 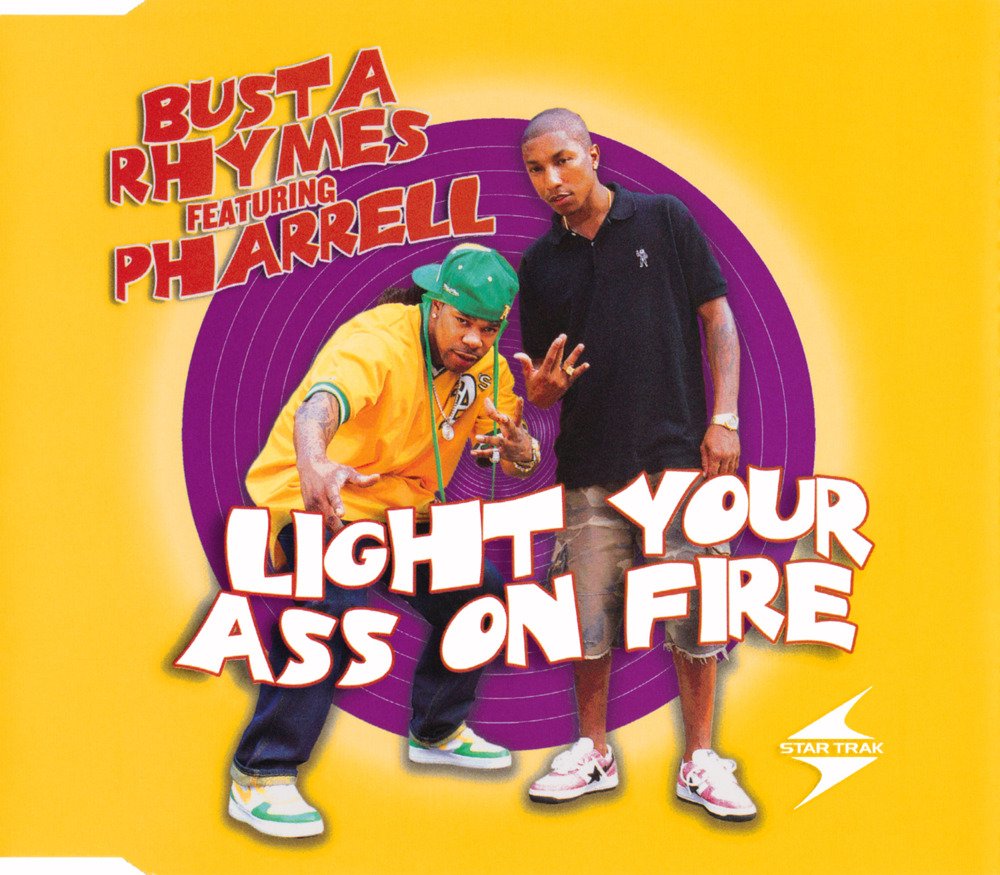 It’s no secret that Busta Rhymes can rap over just about anything. Hell, he’d even make an alarm clock sound fresh. So you know you are in for a treat when he gets on an instrumental that sounds like it was made by the Looney Tunes after they grew up and discovered the herb. Landing with a fitting video showcasing a saturated suburban hell, it’s only right Busta’s elastic delivery traced the contours of the Neptune’s electric production. Sure, more often than not, the beats bang so hard you have little other choice than stepping out to when listening to The Neptunes. However, ‘Nothin’ is a little more calculated in its appeal. Sounding like a snake charmer’s answer to hip hop, it’s a seductive cut to slalom through the club to. What’s more is, it’s another example of Chad and Pharrell pulling artists out of their comfort zone to create something memorable. In this case, N.O.R.E swapping grittier street raps for sultry cuts. Riding The Neptunes’ most animated beats is like trying to straddle a bucking bronco. Luckily, Busta Rhymes had the charisma to match the explosive horns and the delivery to keep pace on ‘Pass The Courvoisier Part II’. From the get-go, it’s as explosive as it gets and the nostalgic Youtube comments section is as good an indicator as any to the grip The Neptunes had on the club in the 2000s. There’s an alternate universe where Michael Jackson moonwalked his way to number one with ‘Rock Your Body’ and Janet Jackson never suffered from an infamous half-time wardrobe malfunction. Written and produced by The Neptunes, the disco-pop track got offered to MJ who rejected it, only for it to be given to Justin Timberlake for his debut album. There’s always going to be a part of us wondering what a version from Michael would sound like, but one certainty is that the beat still holds up after all these years. Even the borderline corny beatboxing has its own nostalgic charm to it. The beauty in Mystikal’s ‘Shake Your Ass’ is how innocuous the intro is. Few shakers here, pedestrian sounding drums there, then BOOM. It’s ass-shaking only from there on out. This song did more for Spelling Bs across the world than any school ever did. It’s inevitable that when two people that refuse to age join forces they create a timeless classic. ‘Hollaback Girl’ The filthiest four count intro of Pharrell’s discography, ‘Mr. Me Too’ is another in a long line of the darker productions that appeared to be exclusively reserved for their collaborations with fellow Virginia natives Clipse. Let’s do a simple exercise. Try saying “My Milkshake…”, without your brain pushing you to blurt out the remaining words. There’s few artists that can say they’ve made music that’s synonymous with an everyday item. Kelis and The Neptunes did just that.

Baby – What Happened To That Boy Feat. Clipse Whether your ears are recently christened or your a seasoned digger in the discography of The Neptunes, everyone finds themselves asking the same questions, “How did they make this so skeletal and slap so hard?” A few bongos, synths and brrrrs, ‘What Happened To That Boy’ is not only clinical as hell, but it’s a flex that Chad and P can make magic out of other people’s debris. ‘Superthug’ is straight up menacing. A legendary beat that’s stood the test of time, been reworked by Kenny Beats (With Pharrell’s blessing) for ‘Countin Up’ with Rico Nasty and still has my brain in knots to this day. Couple of synths, some amateurish beat boxing noises and their signature four count intro was all The Neptunes needed to craft Snoop Dogg’s first number one single and have kids across the world clicking their tongues. To name a best track feels like a betrayal of all the other countless iconic productions in The Neptunes’ discography. But I’d be lying if I said there wasn’t a beat that rose above the others. There’s no better example of the brash kicks and simplicity that had the Neptunes dominate the 2000s and there were no acts that sounded better on their beats. A genuine masterclass in simplicity that despite its unambiguous construction and imitators has yet to be eclipsed.